The Russian Federation has increased the export duties on timber. This shows that the Russian government has understood a few basic about the economy that most of western and Norwegian economists has allowed to be forgotten.The forgotten  lesson is that no country can get rich by exporting raw materials and importing finished goods. This is really so easy to understand that it is inexplicabel that common economic theory denies this fact. Is it not strange poor countries remain poor when economists in the worldbank and elsewhere argues that th 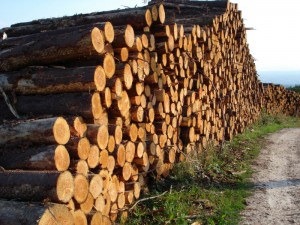 ey can get just as rich by raising camelsl as if they build a national industry that can add value and increasing salaries.

Erik S. Reinert refers to an example in the book is, “How Rich Countries Got Rich… and Why Poor Countries Stay Poor” in which a British economist of the 1700s suggested the death penalty for exporting raw materials. It is perhaps going a bit far, but the point is still right.

Maybe Norway can be a examplesthat exporting raw materials can make a country rich – because of its oil. But it is important to note that one of the most important reasons that oil has made Norway rich is all the industries that have been built up around its oil.  That talented Norwegian politicians early decided that we should use oil to build up knowledge and industry is one of the most important difference in Norway and countries as Angola or Nigeria with the corresponding oil revenues.

Should a country be rich, it must be permitted to build up it’s industry protected behinds custom barriers, like all the rich countries have done. Free trade is the scourge of poor countries, but good for the rich.